So in my unintentional break from posting, I have started trying to working out a quicker way to sculpt infantry. Taking a left out of Hasslefriesian of Hasslefree Miniatures and make some dollys.

My first attempt was with some goblins. I did them with just the torso and legs. In the pic below I am doing the faces first, I will bake them cut them off the block and mount them on individual holders, add armature for the arms and weapons, then dress them like I would normally. It does speed up the proses a bit and gets some of the more tedious stuff out of the way and I do like being able to bach sculpt the faces first. I do need to make some smaller ones, I am aiming for a hight to the eyes from 15mm to 20mm with the top of the bell curve about the 16 – 17 mark and these guys are around 18 – 19. 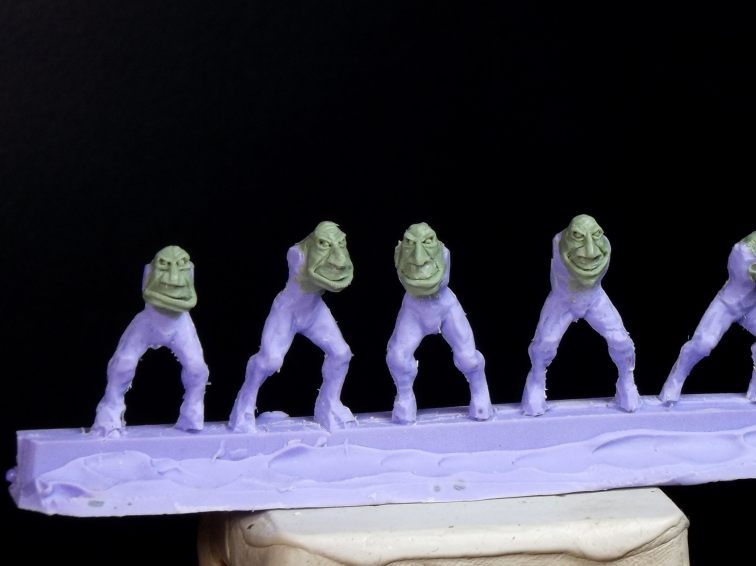 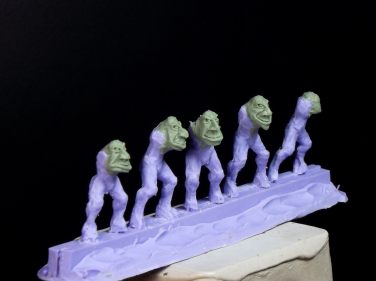 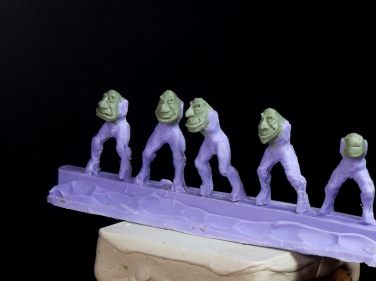 Next, we move on to some Orcs, I put in a lot more effort into the musculature on these ones, also added arms, because a lot of the upper body depends on the position of the arms. Before I cast these in resin I’m cutting the arms off to make casting easier. This is actually the first time I have cut up a sculpt for casting. 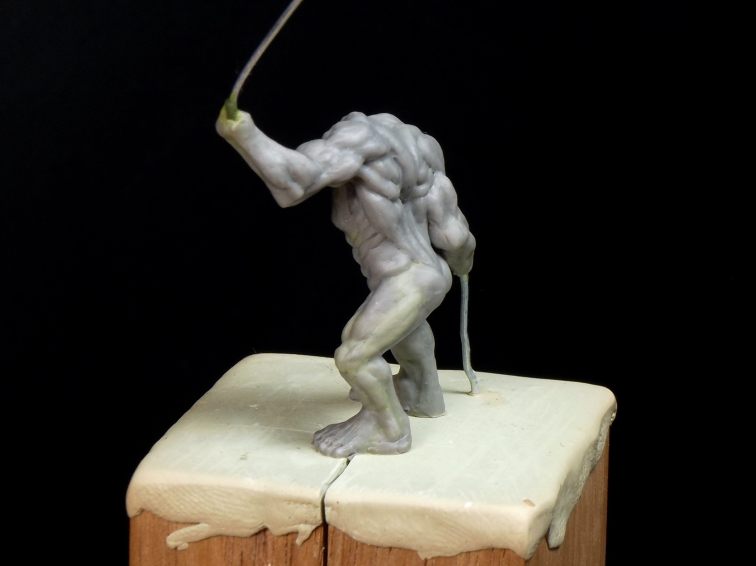 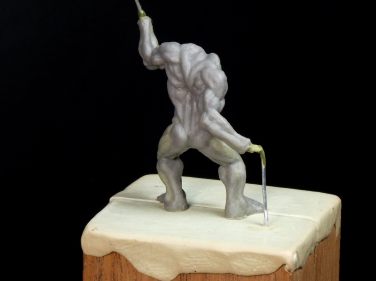 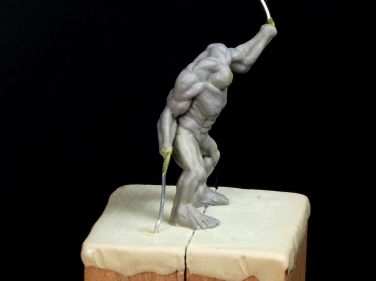 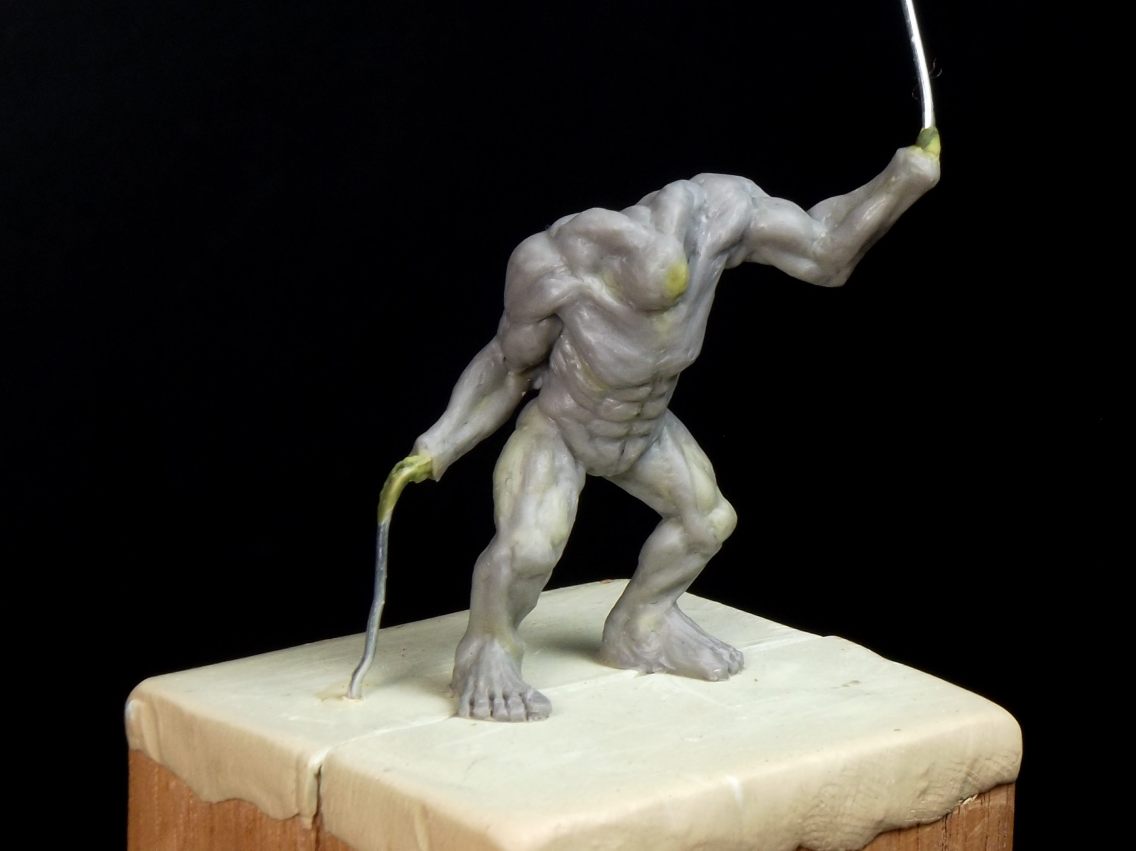 Oops, I forgot to take pictures before I disarmed him. 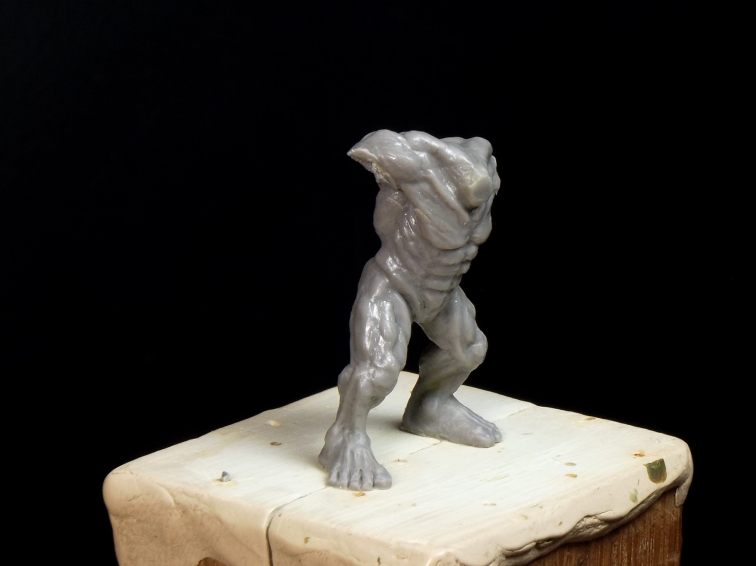 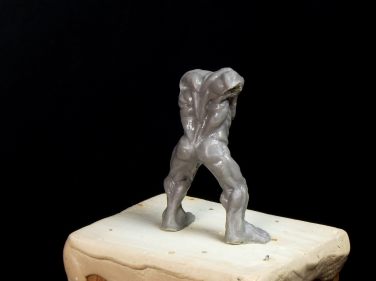 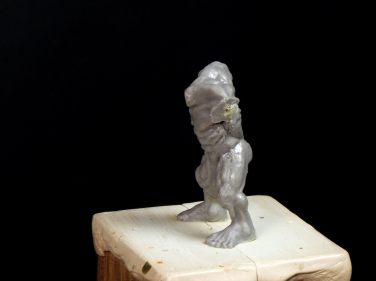 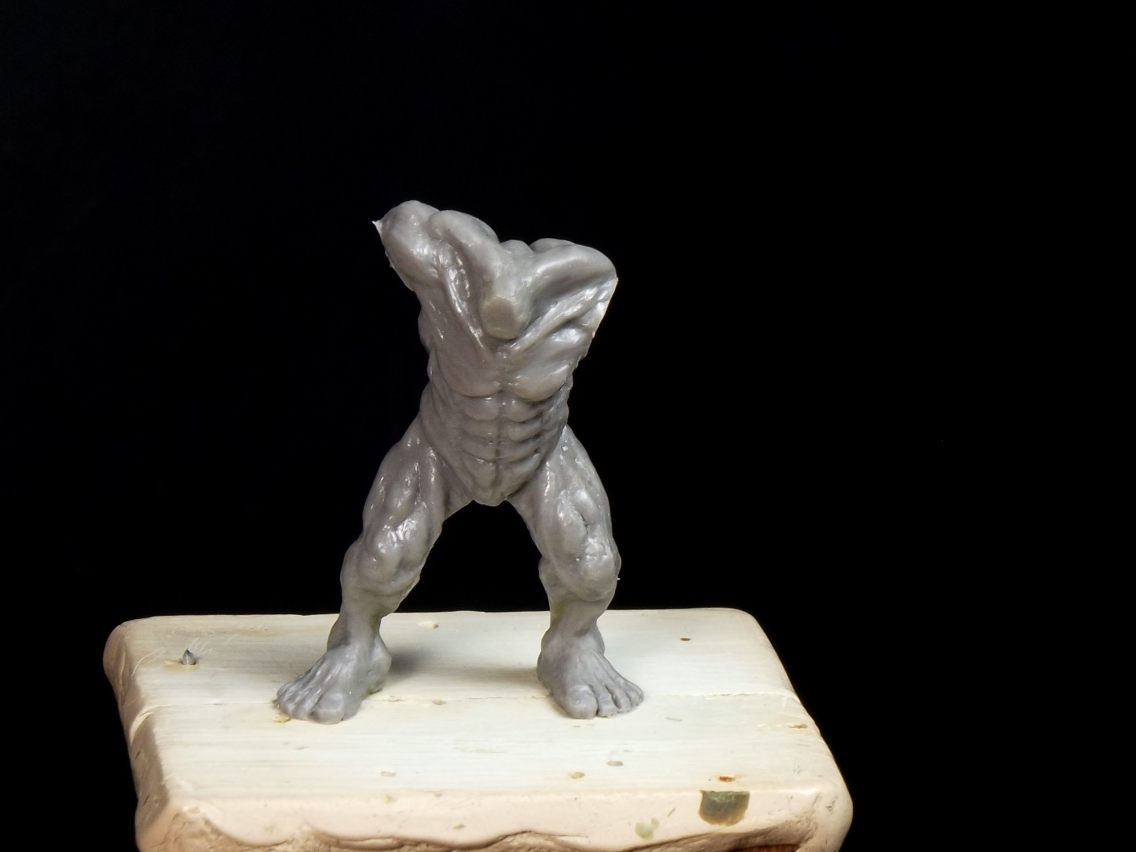 This one will be my entry for the current, Oldhammer Sculpting Group – Sculpting Competition which has the theme of “The Humble Infantryman” 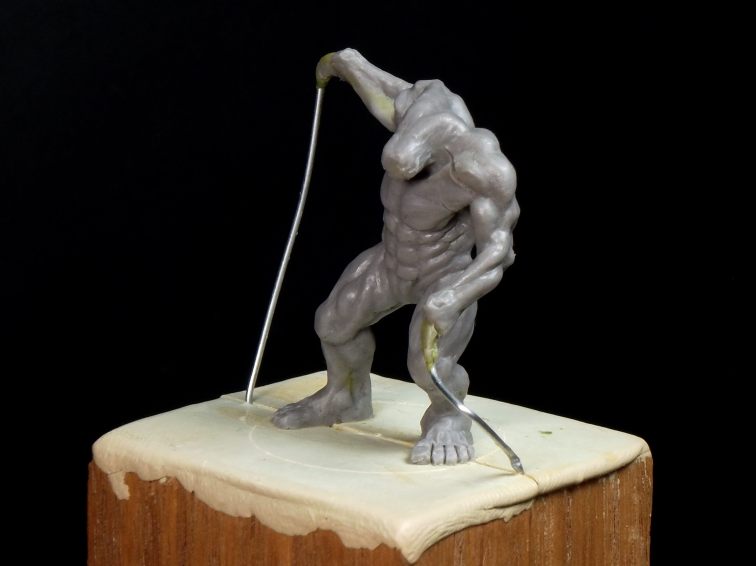 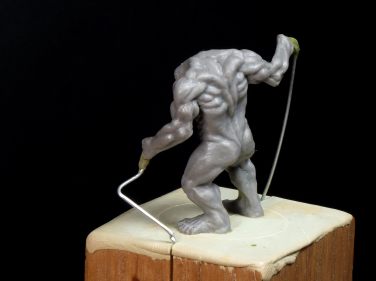 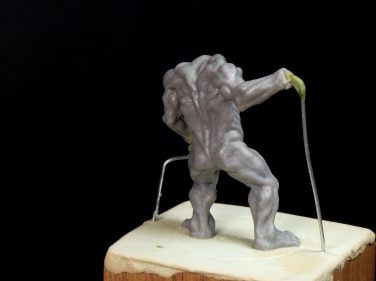 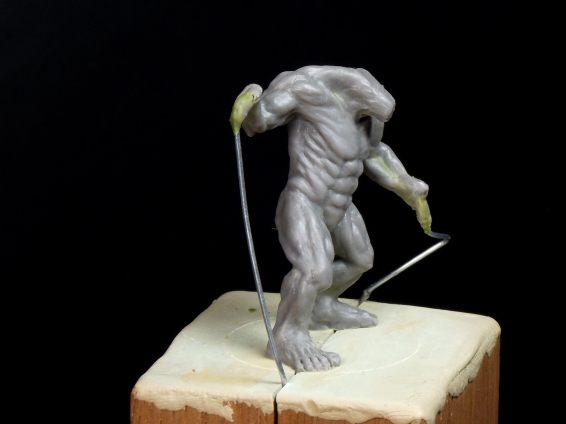 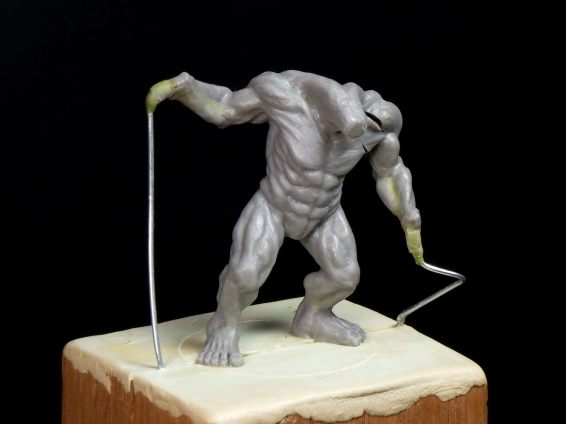