In an effort to avoid working out a pose for some Orc blitzers, I decide to have a go at a big guy. Because this may take a bit of time, I thought I might do it as sume sort of sculpt log. This is not a tutorial or anything like that and I make no guarantees that what I do is the best or even correct way to do thing, its just what Im doing at the moment.

Lets start at the beginning, with a concept and every sculpt starts with a concept. I don’t usually do a sketch or drawing. Mainly because my sketching can best be described as scribbly stickman. So I do almost all of it in my head, mostly by describing what I think to the other guys knocking around in there.

The main inspiration for this Troll is the old Citadel stone troll. I love the body shape of these oll trolls, with the long gangly arms. A Troll needs to look strong in a strange way, so I will be beefing up the arm muscle and the legs a bit, but he needs to look like a lanky old man that has started to put some weight and to deal with it he going to the gym to lift weights. And I think I can have some fun doing that stone skin detail.

Ok so lets move on. The first thing we have to get is an armature, well not quite, we need the dimension for a armature. So it’s off to google image search for some pics of “old citadel stone troll”, we are looking for a nice pic, that’s not at a strange angle and with the base as square on as possible. Knowing that the base is 40mm we can the relative dimensions of the limbs and body. After a bit of messing around with a ruler and calculator we get this. 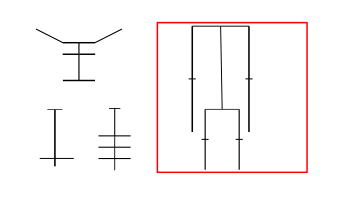 This is a plan for the armature, the red box is 40mm square and I use it a size reference. The bits inside the box is the wire size of the arms, legs and torso. The arm length is from the wrist and the legs is from the top of the ankle. The short horizontal line mark the elbows and the knees. The rest of the plan is the head, hands and feet. But these are not the wire size, it’s the size the clay will endup. This is just to help me make the feet and hands the same size. Just as an example, the one on the bottom right is for the hands. The horizontal lines are the with at different points, the small one at the top is the with of the wrist and the larger three is the knuckles. Using these dimensions we can make up the armature, unfortunately I didn’t take any pics of me making it, I will have to do a post about making armatures.

Now we can move on to posing. I was looking for a nice dynamic pose,which is not that easy with something as lumbering as a troll. The best way I thought of doing this was to have him holding a goblin above his head. 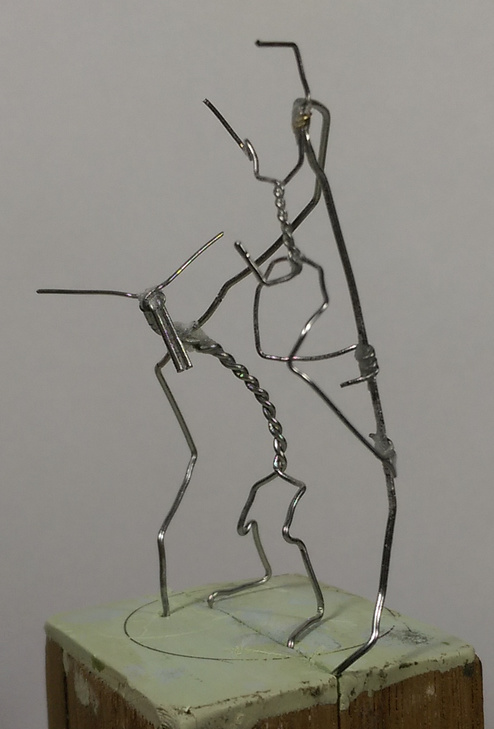 So finally here is a pic of a hopefully soon to be miniature. The most important thing, I think about posing is to make the armature look good, because if it doesn’t then the sculpt will not look good.

I have rambled on enough for one post and this has taken me for too long to write. As always I would love to hear what you think.